Litecoin is the result of some of us who joined together on IRC in an effort to create a real alternative currency similar to Bitcoin. We wanted to make a coin that is silver to Bitcoin’s gold. Various alternative currencies have come and gone. Some brought innovation, but they all had problems.

We really liked Tenebrix’s Scrypt proof of work. Using Scrypt allows one to mine Litecoin while also mining Bitcoin. We humbly offer a big thanks to ArtForz for the implementation.

Litecoin will come with 150 premined coins: just the genesis block and the first 2 blocks to confirm the genesis is valid. We believe a coin needs to be released in a fair manner. Having one person (or a group) control a large amount of coins that can be used as they see fit is against the decentralized vision of Bitcoin. Yes, it is true that without a stash of premined coins, we will not be able to afford to pay for bounties, but we believe people will see the virtue of this coin, invest in it as early adopters, and will be willing to spend time creating services to make this coin better.

We were impressed by the convenience of SolidCoin’s fast transactions. Although we know that fast confirmations are not necessarily as secure as Bitcoin’s slower confirmations, they are very convenient for small merchants who don’t need transactions to be super secure. The average Litecoin block takes 2.5 minutes, one quarter of Bitcoin’s 10 minutes. So if merchants wanted to be as safe as Bitcoin, they can wait for 4 times the number of Litecoin confirmations as compared to Bitcoin. But most merchants can readily accept 1-confirmed transactions for small amounts of litecoins.

We will keep the retarget block the same as Bitcoin’s 2016, but because blocks are found 4 times faster, difficulty will retarget about every 3.5 days. The combination of fast retarget times and Scrypt proof of work (Litecoin will not compete with Bitcoin for miners) means we expect to not see the sort of problem Namecoin encountered; hashing power that leaves more suddenly than it came, causing a high difficulty slog for everyone who stayed.

We have come up with a plan that we believe is most fair. Some previous coins were released without Windows binaries or without source code; we consider this as unfair as it is unsafe.

We released the source code and binaries ahead of time… 3 days before launch. People had time to compile the source and run the client on their machines against the Litecoin testnet. So people were able to make sure everything was working well before the launch. We also had a poll so that people can vote for a launch time that best suits them. At the time of the launch (Oct 12 03:00 GMT), we released the genesis hash and everyone started mining at the same time. All it took was a simple change in the config file in order to mine the real coin instead of the testnet coin.

The problem with alternative currencies is that the network hashrate is likely low when the coin starts up, making an easy target for any potential 51% attacker. With a little hope, a little prayer, a lot of hype, and due to our innovative release, there was a large hashrate from minute one. We believe this deterred any attackers from targeting this chain. As expected, there was a lot of natural orphaning of blocks, due to having so many people mining on the chain at once. With block locking at every difficulty change, we were able to avoid any attacks from succeeding. (if there were any)

This site uses Akismet to reduce spam. Learn how your comment data is processed. 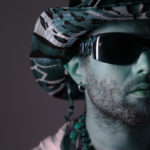 I am Matthias Klees, I am citizen of the internet, GOOGLE ME